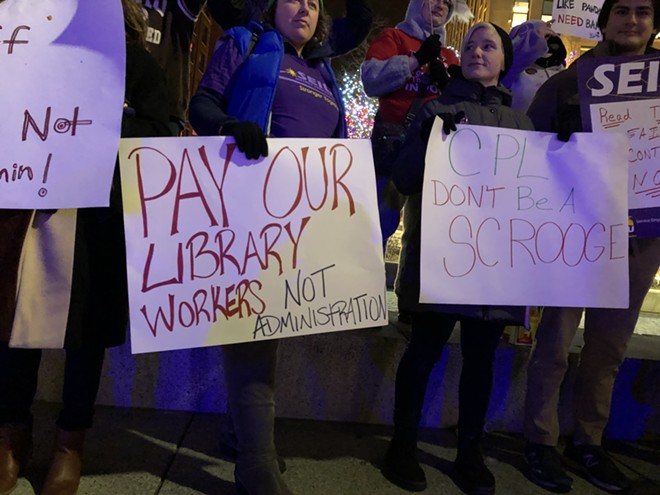 During the final day of negotiations before a planned strike on Feb. 4, the bargaining team for the union representing Cleveland Public Library workers reached a tentative agreement with library administration on a new contract.

Details of the agreement have not been released, but if the roughly 400 union librarians, clerks, assistants, janitors and others vote in favor of it Wednesday, the strike will be called off.

The library workers’ demands for fair pay and increased staffing and safety at neighborhood branches were supported this week by Democratic Presidential Candidates Bernie Sanders and Pete Buttigieg. That publicity, along with the promise of an impending strike, was sufficient to motivate both sides to iron out a deal Thursday.

The library workers’ union, Service Employees International Union 1199 (SEIU1199), maintained throughout the dispute that the library system’s front line staff had been asked to do more with less for years. They juxtaposed the frozen wages and slow growth of staffer pay with the bloated salaries of new administrators.

Library Director Felton Thomas, in particular, has seen his compensation skyrocket. His salary increased from $183,983.72 to $220,000 when he got a new contract in 2019. That contract also came with a $10,000 bonus and guaranteed 5-percent annual raises for the length of the five-year term.

Renting with friends? What you need to know about joint accounts

My boyfriend was a police spy