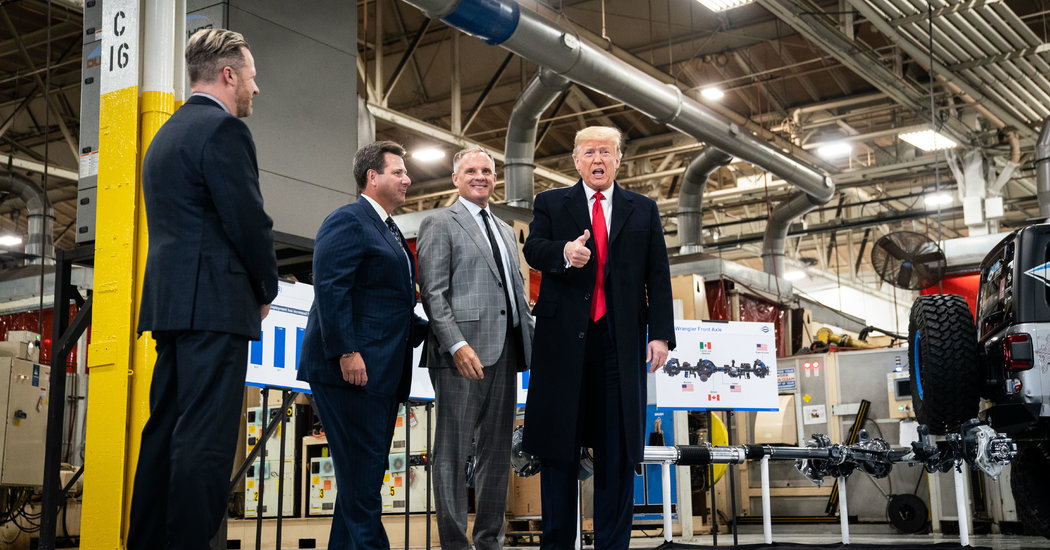 “That’s the single most important document for the legal status of the rule,” said Jeff Alson, an engineer who spent more than 20 years at the E.P.A. working on vehicle emissions programs before retiring in 2018. “That’s where all the key numbers are explained and generated and supported.”

As Mr. Trump’s appointees began the work of loosening the Obama rules, he said he and his team of vehicle emissions experts were excluded from the process.

“I can tell you with certainty and personal experience that E.P.A. career staff were completely locked out doing any technical work on these documents,” Mr. Alson said.

In fact, people familiar with the writing of the rules said the regulatory impact analysis had been sent to the Transportation Department, where a small group with limited experience in mathematical modeling of vehicle emissions was still working to complete it.

Although Mr. Trump is said to be irritated by the delay, he is reluctant to rebuke the secretary of transportation, Elaine Chao, because her husband, Mitch McConnell, the Senate majority leader, was instrumental in ensuring the president’s impeachment acquittal, according to two people familiar with the matter.

The pressure is rising. The federal government has until March 30 to publish the fuel economy standard for vehicles that will be built and sold in 2022. If the deadline is missed, either the Obama standards remain in place another year, or the Trump administration must press to extend the deadline, squeezing the automakers’ production schedule as they await a final word.

“The auto suppliers — aluminum and steel manufacturers, the guys who make transmissions — they’re all waiting for a clear signal from the government on what the automakers are going to do,” said Chris Miller, executive director of the Advanced Engines Systems Institute, which represents manufacturers of vehicle emissions equipment.

How ABC gofer got best seat for US-Russia upset

At Burnley, Bricks and Mortar Secure a Premier League Future