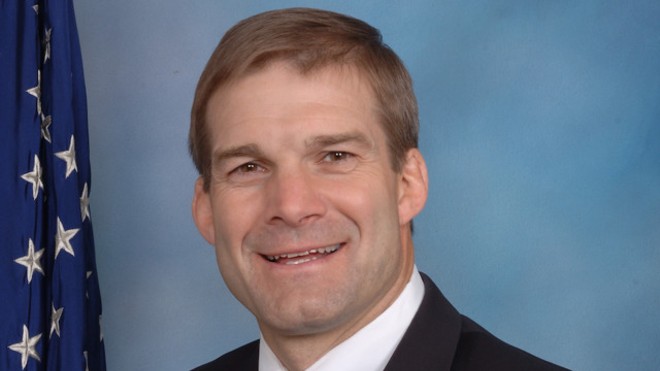 A former wrestler at Ohio State University told state lawmakers this week that U.S. Rep. Jim Jordan, once an assistant wrestling coach at OSU, was engaged in a “cover up” around sex abuse committed by former OSU team doctor Richard Strauss.

Jordan, a Republican, has repeatedly denied he had any knowledge of Strauss’ behavior. The doctor, who committed suicide in 2005, sexually assaulted at least 177 people at the school between 1979 and 1997 according to an investigation commissioned by OSU.

The Ohio House of Representatives is currently considering a bill that would waive the state’s statute of limitations on sexual abuse claims brought by Strauss’ victims. About 350 men have sued OSU over allegations Strauss sexually assaulted them.

One former wrestler who has alleged sexual abuse at the hands of Strauss, Mike DiSabato, has said he told Jordan and another coach about Strauss’ actions and has been highly critical of the way OSU handled the situation. DiSabato, one of the original whistleblowers calling out Strauss’ actions, has a controversial historywith OSU, and some have questioned his motives for his testimony.

Jordan, now a powerful conservative in the U.S. House, has maintained he never had any knowledge of sexual abuse.

DiSabato’s brother and another former OSU wrestler Adam DiSabato this week told the Ohio House’s Civil Justice Committee considering the statute of limitations legislation that Jordan called him asking him to contradict his brother’s testimony.

“Jim Jordan called me crying, crying, groveling on the Fourth of July (2018), begging me to go against my brother,” Adam DiSabato told the House committee. “Begging me. Crying for a half an hour. That’s the kind of cover-up that’s going on here.”

A spokesman for Jordan told USA Today that Adam DiSabato’s accusations this week are “another lie.”

The DiSabatos aren’t the only ones who have made accusations that Jordan knew about Strauss’ behavior. Last year, a former referee said in a lawsuit that he notified Jordan and other coaches about incidents involving Strauss. Other former OSU wrestlers, however, have spoken in Jordan’s defense.

Blues bid to get back on track against Predators

Consumer sentiment rises in February even amid the coronavirus outbreak