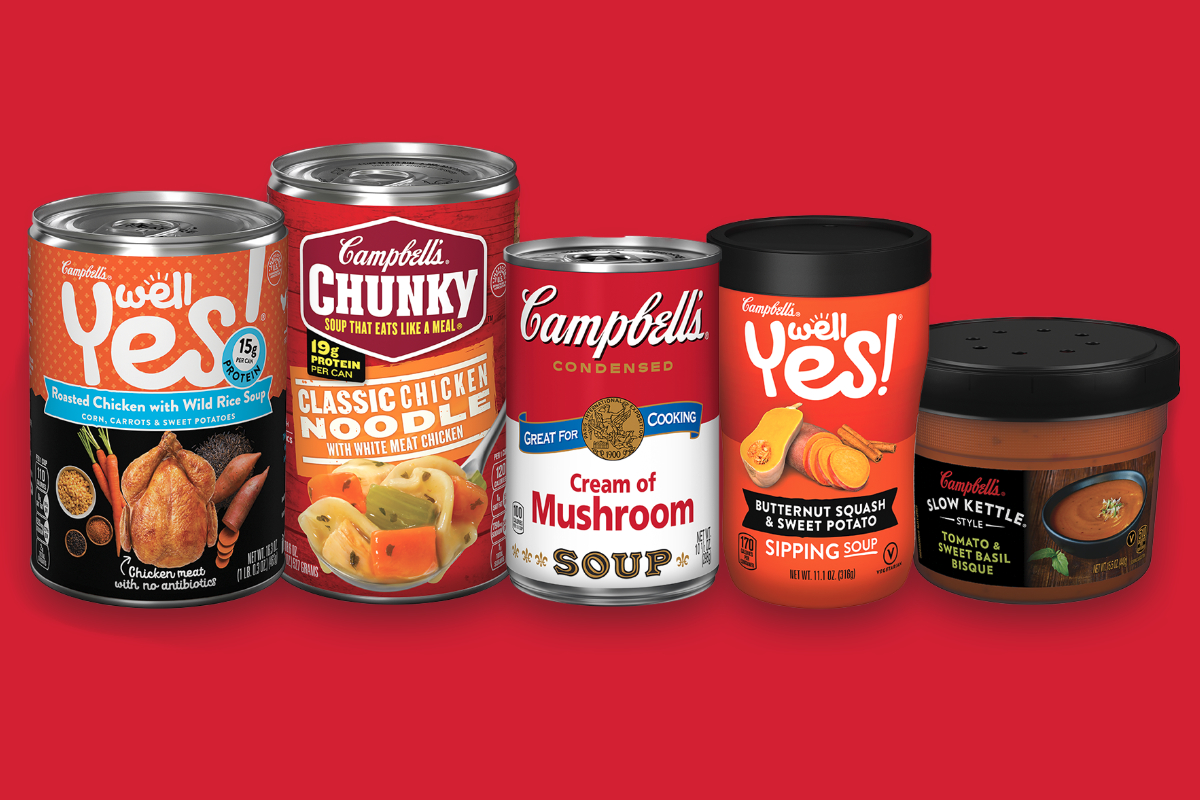 CAMDEN, NJ. — Although it may not be able to promise that “every flavor of every brand” is going to be available each day, Campbell Soup Co. is doing well, and its food supply and supply chain are holding up well against unprecedented demand, said Mark A. Clouse, chief executive officer.

Updating the company’s business as part of a March 24 interview with CNBC, Mr. Clouse painted a positive picture for several key categories. He said Campbell’s soup business in-market consumption data was up 60% in the four-week period ended March 21.

“As you might imagine, even our best efforts to ensure we’re on top of ingredients and packaging is putting some strain on the system, but I’m very confident we’ll continue the flow of product, that we’re there to support our retailers as well as our communities,” he said. “Some of the folks that are feeling this the hardest right now are those that are utilizing food banks and hunger programs, and we want to make sure that we’re taking care of everybody as best we can. I would say so far, so good, and again I feel confident in our ability to continue to move forward and provide supplies as needed.”

Meanwhile, sales of Goldfish climbed more than 20% in the four-week period ended March 21, he said.

“I think demand has gone through a little bit of an evolution over these last several weeks,” Mr. Clouse said. “Initially, I think (what) we were reacting to was what you see in a natural or weather disaster where you see pantry loading and certain products in certain geographies ramping up.

“I think what we’ve seen now as this has sustained over time as you have more people eating in home — including lunches where a lot of our products play a very important role — you’re seeing the sustainment of that demand now over time, and it’s not isolated to any particular part of the country and even across our entire portfolio.”

Asked about the structural shift taking place during the coronavirus pandemic and whether Campbell Soup is now better situated to compete, Mr. Clouse stressed that the company’s top priority is taking care of people.

In addition to protecting its teams, Mr. Clouse said Campbell Soup has created a simplified mission that includes making sure it produces and distributes food safely and quickly. The third area of focus is solidifying the way Campbell Soup plans to operate in the new environment.

“That is the priority today as we focus on the things that I think matter most,” he said. “But, what I will say is as we look forward and we start to understand what the world might look like beyond this crisis or even if it’s sustained over a period of time, I do think that we’ll find that our products have been utilized in homes that they may not have been in the past, and I think it’s been up to us to make sure that usage ideas, and that we continue to sustain on the quality of our products, but I do think they are fulfilling some very important needs now, and although not a priority, I would expect over time that this will help introduce many of our brands to a broader population.”

F1 and coronavirus – What has happened so far? When will the season start?

For some Chinese businesses, no going back to pre-coronavirus ways

Coronavirus epicenter could ‘possibly’ shift back to Asia: health expert