Many years ago I visited an antique show held at the Washington D.C. Stadium Armory. Dealers from all over the United States displayed almost every kind of antique on tables throughout the market. One of the dealers owned an antique map store in St. Louis. I looked at many maps, dated from the 19th century and earlier, on his table. The map that interested me the most included images of ships and sea monsters.This prompted me to learn about old maps, especially those from the 16th and 17th centuries. Since that time I have read extensively about antique maps, among my favorites are those that were published by Abraham Ortelius.

Abraham Ortelius (1527-1598) published the first modern atlas, the Theatrum Orbis Terrarum or Theatre of the World in Antwerp. Before the atlas was published custom “map books” were individually ordered and bound in Italy. Ortelius created an atlas with maps of a uniform size, arranged by continents and regions, with descriptions on the reverse of every map. He included a list of the cartographers whose maps were printed in the atlas.

The first Theatrum Orbis Terrarum was published in 1570 and later revised and expanded into 31 editions.Twenty-five editions were published from 1570 to 1598, the year of Ortelius’s death. Later volumes were printed posthumously.The Library of Congress holds numerous editions of the atlas dated from 1570 to 1612, the year the last version was printed.

Many of the maps from the Theatrum Orbis Terrarum include images of people, sea creatures and land animals and are highly sought after by collectors. Featured below are some examples of maps from the atlas.

The map of Russia shown below was based on a map by Anthony Jenkinson. Jenkinson was a British explorer who traveled to Russia with the Muscovy Company. The regions of Lithuania, Latvia, Persia, Turkmenistan and Kazakhstan are shown on the map. People engaged in various activities are represented, including an illustration in the upper left corner of Russian Tsar Ivan IV (Ivan the Terrible) sitting in front of a tent.The right side of the map shows text and pictures which represent religious ceremonies and the custom of burying the dead in trees.

The content on the map below was derived from many cartographic sources, including Olaus Magnus and Gerardus Mercator. It shows part of North America, Scandinavia, Greenland, Iceland and the phantom islands of Frisland, Drogeo and Icaria. A merman is shown playing a violin in the lower left corner. 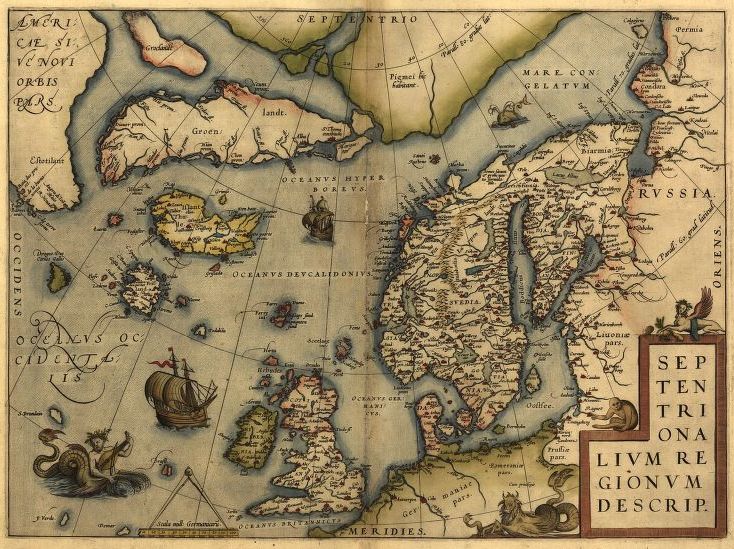 The following map is based on Jacob van Deventer’s map of  Zeeland, a province located in the southwestern part of the Netherlands.The Greek god Triton is shown in the upper left corner riding a sea monster and holding the Zeeland coat of arms. 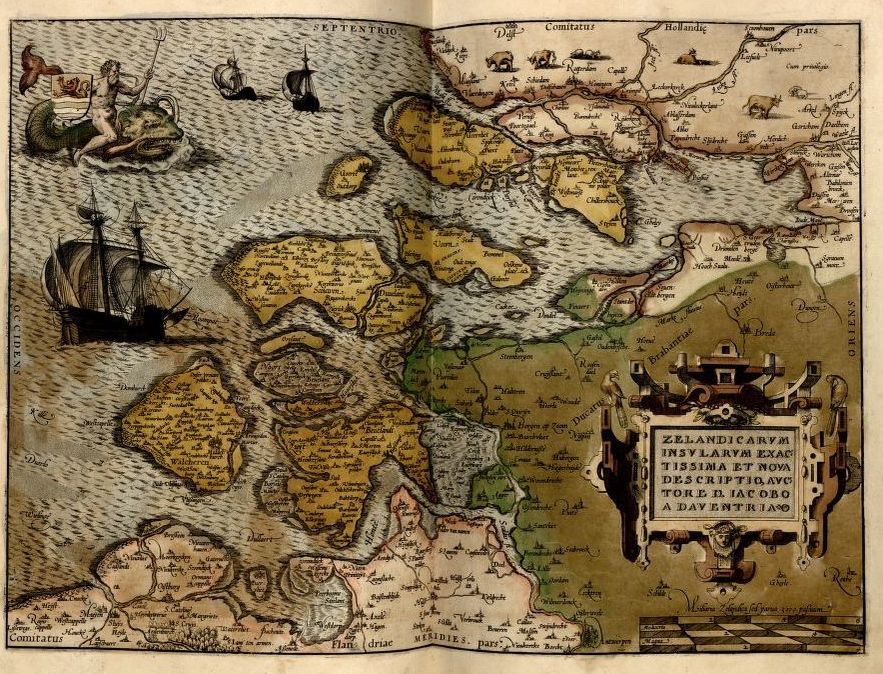 The map of Italy below was created by Giacomo Gastaldi. A mermaid and Neptune god of the sea are shown embracing. 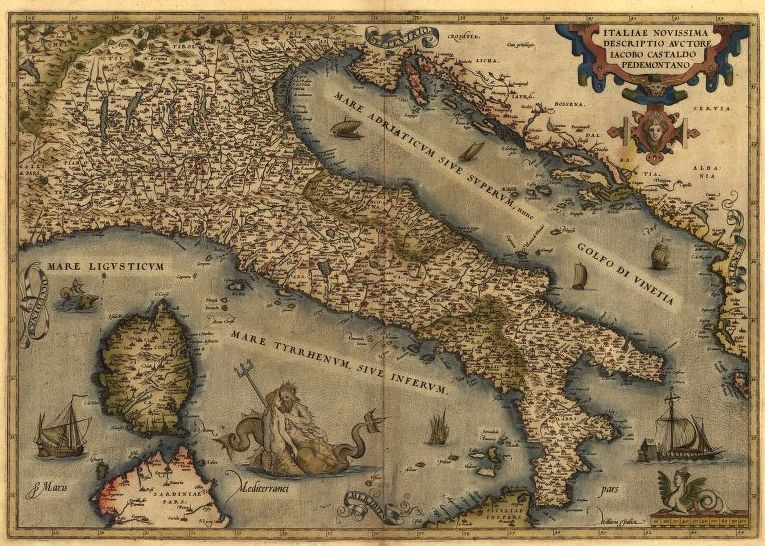 The atlas was expensive yet very popular during the 16th and 17th centuries. It was published in Dutch, English, French, German, Italian and Latin.

In addition to the Theatrum Orbis Terrarum, Ortelius wrote other books. These include The Heads of Gods and Goddesses about ancient coins and The Image of the Golden World about the customs of ancient Germans. Another book written by Ortelius is titled  Thesaurus Geographicus (Geographical Treasure). In the book Ortelius compiled a collection of place names for natural features, towns, villages and cites. In 1618 the author and translator, John of Ankara (Ankiwratsʻi Yovhannēs), translated the book into Armenian.The decorative image below is from John of Ankara’s manuscript translation. 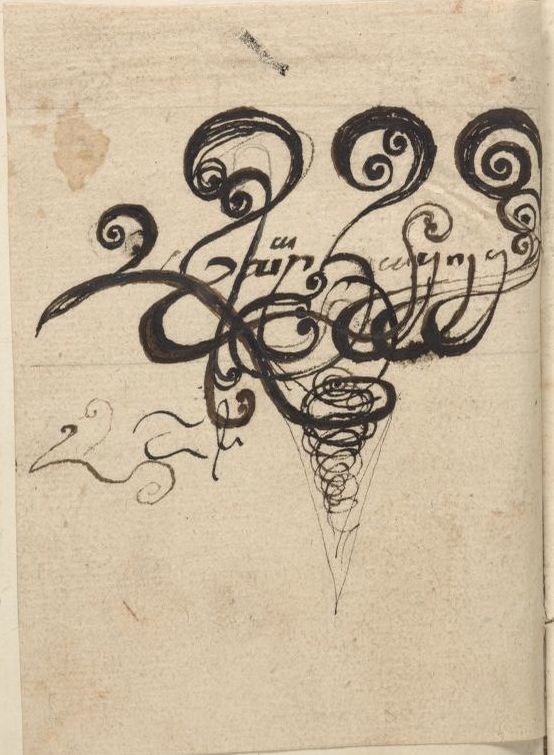 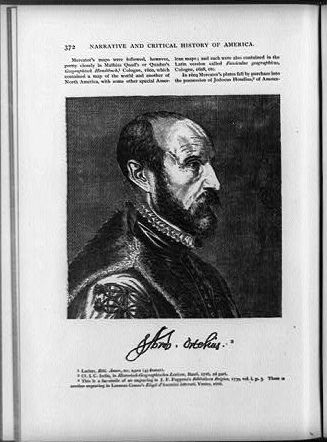 A first edition of the Theatrum Orbis Terrarum, published on May 20, 1570, may be viewed in its entirety here. Philip Lee Phillips, former Chief of the Map Division, wrote in an annual report that he purchased the atlas for the Library’s collections with his own money during a summer trip to Europe in 1907.

I attended the antiques fair to look at other types of antiquities, not maps. After the map dealer showed me the map with sea monsters I became interested in old maps long before I became employed in the Geography and Map Division. I don’t know if the map that I viewed at the Stadium Armory was published by Ortelius, but based on its appearance it could have been. I do know that it is the reason I became obsessed with antique maps which led to my interest in Ortelius.

Read more about the atlas and the life of Ortelius in Imagined corners : exploring the world’s first atlas / Paul Binding.

Learn about the history and development of the Theatrum Orbis Terrarum in Ortelius atlas maps : an illustrated guide / by Marcel P.R. van den Broecke.