The following is a guest post by Mark F. Hall, a research specialist in the Library of Congress’s Researcher and Reference Services Division.

In this time of national disruption, many people are finding themselves with more time on their hands than normal and a desire to escape from the ordinary. The development of new or rekindling of old hobbies is one way people are occupying this extra time, and bird-watching, or birding, is one example of this. The arrival of spring has made this an ideal opportunity for watching the birds that one sees outside of windows, in yards, or on walks around the neighborhood or in local parks (practicing social distancing, of course). In fact, the Cornell Lab of Ornithology reported that in the first two weeks of April, the number of birding reports through their eBird site and use of their bird identification app was up by almost fifty percent.

While the numbers of people participating in birding and the number of electronic reports submitted are increasing, birding is anything but a new pastime, and the Library’s collections contain many works to interest and educate birders with available time.

Literary looks at the pleasures of observing birds and nature can be found in the following digitized Library books, among others:

A book of stories about birds for younger readers is:

The observation of birds has even led to the writing of poetry, such as: 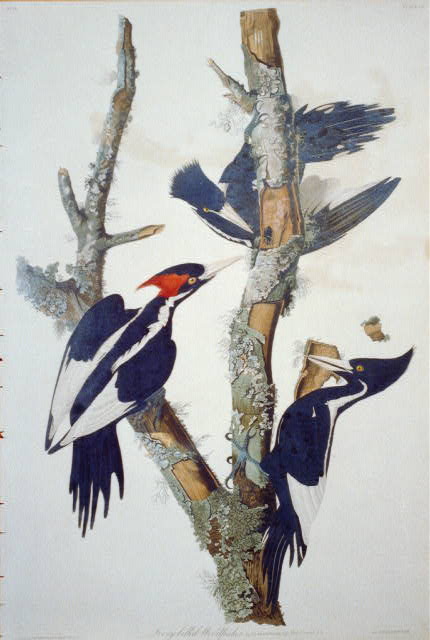 Through the Year with Birds and Poets [Poems], comp. by Sarah Williams with introduction by Bradford Torrey.
Boston, Lee and Shepard, 1900.
[Read online]

And let’s not forget the Gerard Manley Hopkins’ classic “The Windhover.” Or even, more recently, from the Library’s Poetry 180 project, Mary Oliver’s “White-Eyes.” Of course, watching birds need not be as dramatic as “The Raven“ or “The Rime of the Ancient Mariner.”

On a more practical level, a nice early twentieth century guide to commonly seen birds, with lovely color illustrations, is:

A more thorough guide is:

Handbook of Birds of Eastern North America, with Keys to the Species and Descriptions of Their Plumages, Nests, and Eggs…, by Frank M. Chapman. 6th ed.
New York, D. Appleton and company, 1903.
[Read online]

While this is a handy identification guide with beautiful color illustrations: 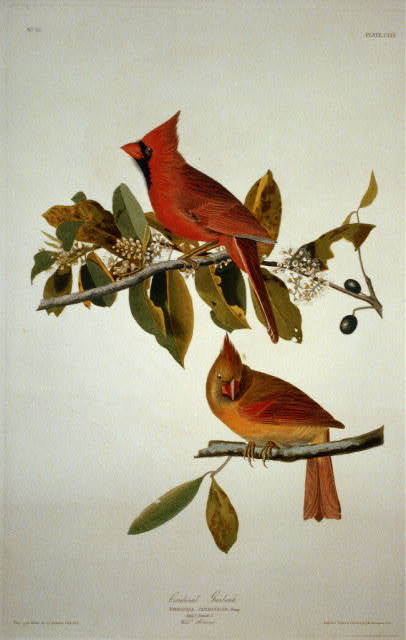 An introduction to the art of observing birds can be found in:

And for a guide to enticing birds to visit one’s yard, see:

A more in-depth look at the behaviors of different species of birds can be found in:

Among the many impressive holdings in the Library’s Rare Book and Special Collections Division are one set of unbound plates from John James Audubon’s Birds of America housed individually in Mylar folders and another set of bound plates. Selections from this collection can be viewed online.

Audubon’s influence on the study of birds was immortalized in 1905 in the name of the National Audubon Society, one of the oldest environmental organizations in the world, founded with the protection of gulls, terns, egrets, herons, and other waterbirds high on its conservation priority list. The early journal of the Audubon societies (which continues today as Audubon Magazine) can be found in our Evolution of the Conservation Movement, 1850-1920 collection . See Bird Lore, vol. 1.

Finally, in a case of truth intermingling with fiction, one can also find online the original edition of Birds of the West Indies [view online], a field guide written by James Bond, whose name the thriller author Ian Fleming would borrow for his fictional Secret Agent 007.

Bird watching covers a wide variety of activities ranging from counting numbers of birds in a particular area, to ornithological or behavioral study, to compiling lists of bird species seen in a lifetime or a given place or time. There have even been listers with a distinct literary bent, for example, trying to see all the birds mentioned in William Shakespeare’s plays (and even, allegedly, taking steps like introducing the now-ubiquitous European Starling to North America to make that possible), as Abby Yochelson discussed in a previous post in this blog.

The arrival of spring in general, and this season at home in particular, is a great opportunity to observe the birds, and all of nature, around us. In doing so, whether our purpose is scientific, literary, sporting, or merely for diversion, we’re joining in participation with a long tradition documented in the Library’s collections.

What CBA and Player Contracts Say About Canceled Games